On March 19, SFA conducted a field visit in the community of Sarrazin. It was the occasion to meet about 15 heads of farming associations of this community (see fig 1). 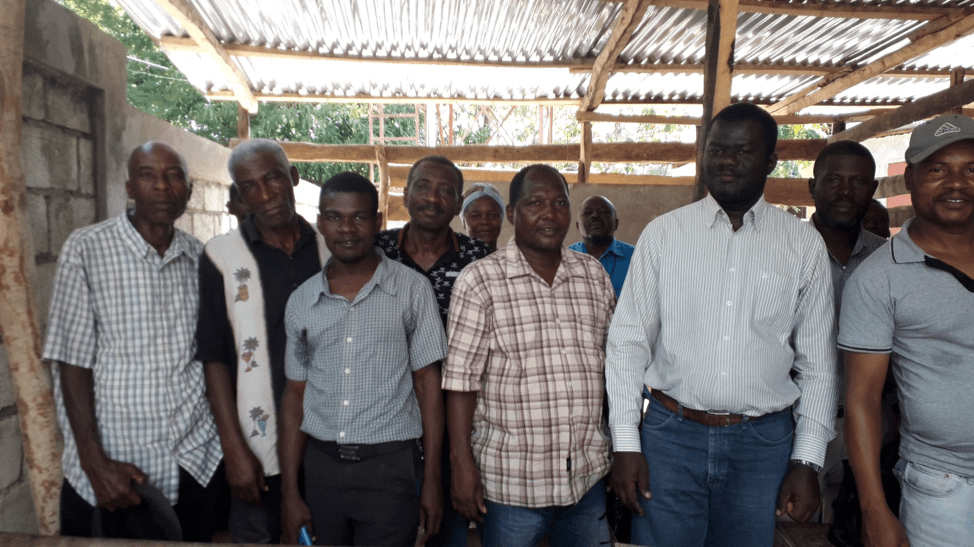 The visit was planned in order to review this community local problems and listen to farmers’ priorities to solve them. To understand the context of this community life condition we opt to locate the community of Sarrazin itself within Haiti and to present afterwards its main socio-economic and ecological characteristics.

Sarrazins is about one hour a half drive in the North East direction of Port au Prince, the Capital of Haiti. It is the 2nd communal section of Mirebalais. Mirebalais is one of the main cities in the geographical department of Centre in Haiti. Sarrazin’s total landscape is 93.40 Km2, it homes fifty-eight (58) localities that count in total about thirty thousand (30,000) inhabitants, as its human population. Estimates suggest Sarrazin is one of the Haiti’s largest communal section.

The communal section has two seasons: a rainy season that in the past begun in May through October and a dry season that went from November through April. The local climate change destabilization has already made it difficult in recent years to know exactly when each season will start or when it will end. The average annual rainfall is between 1500 and 1800 mm and an average temperature standing between 20 and 30 ° C.

The soil has a texture that varies from one area to another. The horizon is a variety of Ferralitic soil, Brown soils derived from basaltic rocks, Hydromorphic sandy clay soils with temporary or permanent waterlogging depending on the location (swampy lowlands or plain) and Sandy soils.

The natural environment of Sarrazin is partly devastated by deforestation, surprisingly there are still some trees. Its natural vegetation that was once covered with trees start being degraded in the late 1980’s after Duvalier’s presidency. The state of the natural environment is at first view abnormal because of the degraded mountains one named Breche and the other Kabresset situate in each side of Sarrazin (see fig 2). 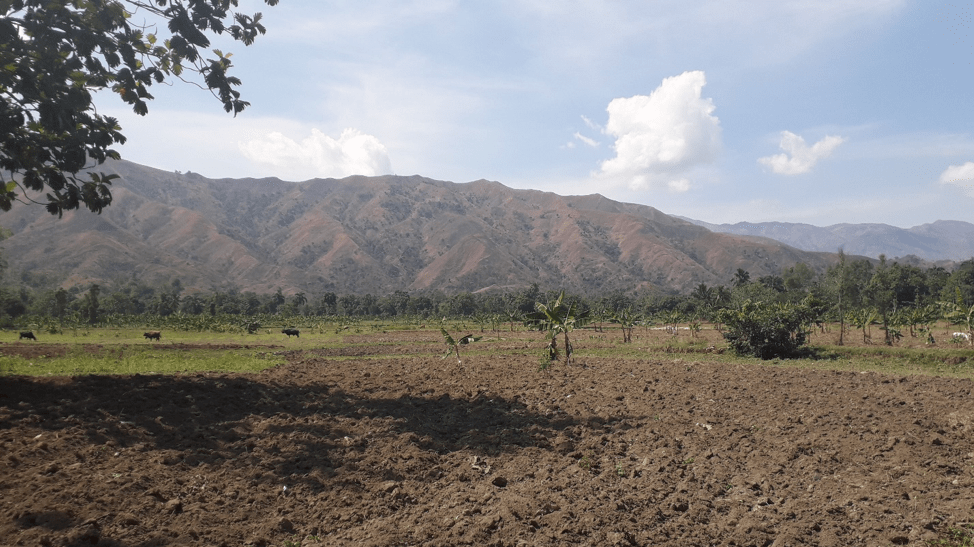 Figure 2: The view of Mountain Kabresset in the other side of the farming area

In the middle between these two mountains is found the farming area. Local people have already seen the state of the degradation of these mountains as a thread to life and livelihood in the lowland which is the farming zone.

The agriculture in Sarrazin is a type of subsistence one. It is particularly carried out in hardly irrigated plots. Yields are low mainly because of the absence of both: an efficient irrigation systems to exploit the water from the rivers of Sarrazin and an appropriate agricultural service from the related government agencies to booster prodcution. Currently the main crops grown in Sarrazin are: maize, beans, and bananas. Other crops like cassava, sweet potatoes, malanga, pigeon peas, tomato, calalou, and sugar cane are also dominant. However even with the capacity to grow all these varieties of crops, the poverty trend in general is rampant in Sarrazin .

Economic activities in the communal section of Sarazin turn around agriculture, livestock, trade and Handicrafts. The local economy as a whole is poorly developed and remains informal.

In this communal section, the trade is more practiced by women. The main products they market are: food products (rice, beans, oil, paws, etc.), animal products (milk, meat, egg); and some few local agricultural products. In Sarrazin, there is no local market. The inhabitants are deemed to go selling their products either in the commune of Mirebalais, or in Lascahobas.

In Sarrazin the transportation activities are animated by both carriers and motorcycles’ taxi drivers. The road network of the communal section is very dense. Most of the farm roads are unpaved. This makes transportation of farm commodities difficult and expensive. The most popular means of transportation are motorcycle taxis, bicycles, vans and trucks.

In Sarrazin there is a lot of school establishments. Their level is preschool to ninth. But they do not have a good education, because of lack of financial resources to pay well-seasoned teachers, that would probably come from outside. Parents who have enough means are obliged to send their children in the commune Mirebalais and in Lascahobas for a more trustworthy education.

Sarrazin does not have either a university, professional center or a technical school. To pursue their education children travel to Port au Prince to attend university.

Today the health situation of the communal section of Sarazin is worrying. There is on health center but not enough and able to deliver appropriate services. The localities of Sarrazin continue to record baby deliveries outside the right infrastructure. The most common diseases to humans are cholera, malaria, acute respiratory infections (ARI), anemia and diarrhea.

Patients from certain localities are moving towards the University Hospital of Mirebalais which is located several kilometers away from them.

Priorities of the farmers of Sarrazin

Farmers mentioned different types of issue they are facing. In order to fix them they have proposed some priorities. Their priorities in terms of project ideas are listed as follow:

What are SFA recommendations?

Based on our observations, on conversation held with local community members like local government representative and farmers; we propose a Multi-year Agroforestry programme (at least three years) that contains at the beginning these three chapters:

As this programme was able to begin, It would be highly encouraged to initiate a SFA style micro credit programme on behalf of women of the area and more importantly to do a feasibility study around how to efficiently use water from the rivers that cross the farming area of Sarrazin.

As one of the Haiti Raising Foundation 3 leg community, Sarrazin fits very well the SFA philosophy that promotes community engagement to sustainably solve local problems. The recommendations to take actions are not exhaustive, they are the basics to start helping Sarrazin. If community tie and trust become remarkable and if resources allowed, we would deem to consider the other farmers’ priorities in order to be sure we respond to their call. 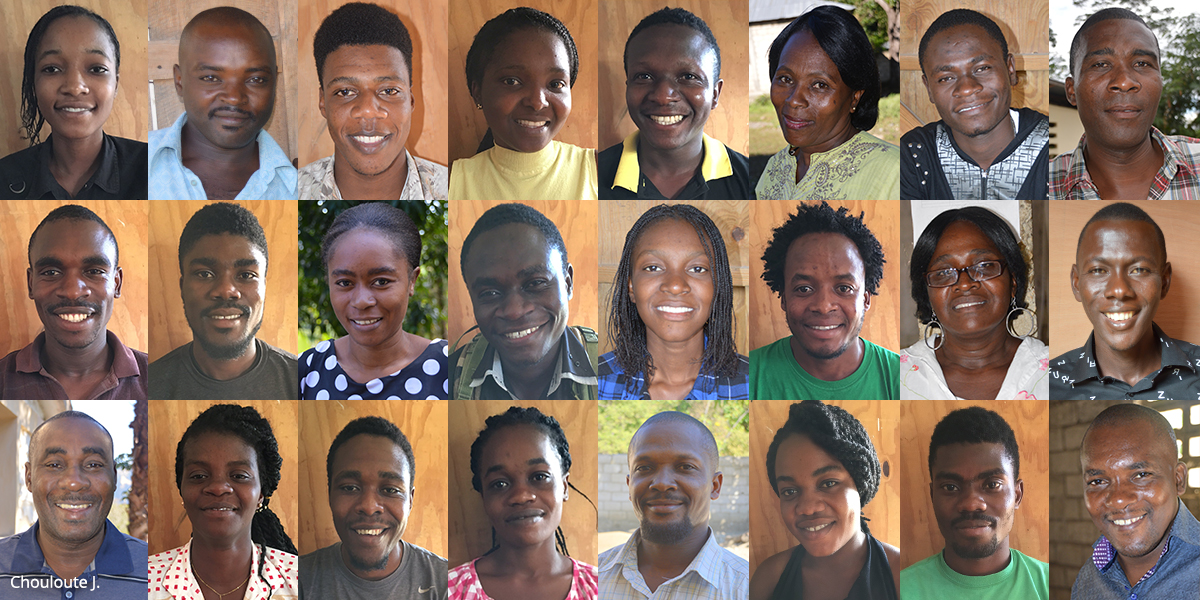